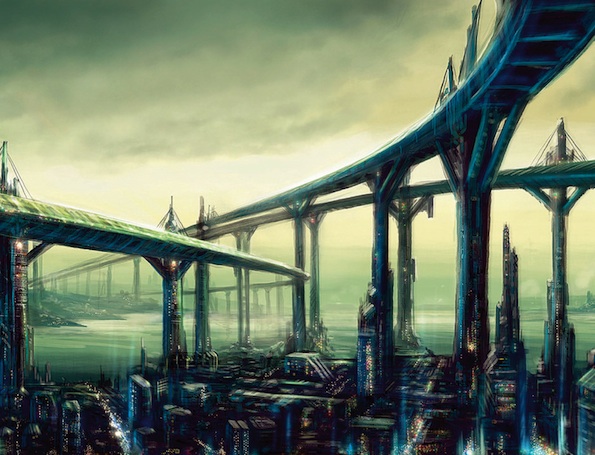 At the same time, more and more STS researchers are drawing upon various facets of critical inquiry provided by Communication Studies to examine phenomena that weave together the material and symbolic. For instance, a range of conceptual tools from Communication Studies pertaining to the analysis of audio, textual, and visual objects have been used to examine mediated practices such as the informatization of the body, the role of images in popular representations of science, and the role of rhetoric in the development and introduction of new technologies.In recent years, there has been a notable cross-fertilization of ideas from the fields of Communication Studies and Science and Technology Studies (STS). Researchers from both domains are increasingly seeking to better understand intersections between communication and socio-technical infrastructures. For example, growing numbers of communication researchers have been employing conceptual tools and methods offered by STS to assist in understanding the socio-technical character and situatedness of media and information technologies and their configurations. Likewise, in organizational communication, STS concepts have brought attention to the ways in which artifacts influence organizational life.

The idea of putting together a special issue examining foundational piers and girders for bridging these two fields of inquiry came about as the result of a series of discussions, meetings, and presentations that took place at the University of Waterloo during the 2012 Canadian Communication Association conference. Particularly important in this regard were the exchanges that occurred among participants of the newly created Technology and Emerging Media Interest Group. Pursuant to some follow-up exchanges with Michael Dorland in the days immediately after the conference, the idea became a reality. This special issue of the Canadian Journal of Communication brings together the contributions of a number of domestic and international researchers whose work engages the nascent dialogue between Communication Studies and STS. Of particular importance is the attention the authors give to unpacking the role of communicative acts, knowledge, and publics in the complex negotiation of socio-technical articulations.

In the opening article, “Reflecting on the Science in Science Communication,” Kelly Bronson offers a detailed analysis of the resistance struggle of farmers on the Canadian Prairies to biotechnology. Focusing on the case of Schmeiser v. Monsanto, she illustrates the role of legal discourse in stabilizing a deficit model of science communication that views the public as lacking knowledge. Struggles over what constitutes scientific fact, she argues, are concomitantly contestations over what, or whose, knowledge is considered most valid in particular contexts. Emerging from this work is the recognition of a need for greater awareness of the negotiated nature of scientific knowledge production and the implications this holds for biotechnological governance and democratic science policy. Roberta Buiani furthers these themes in “Innovation and Compliance in Making and Perceiving the Scientific Visualization of Viruses,” examining the ways in which virus visualizations, and the H5N1 virus in particular, are created. She demonstrates that such visualizations are not merely illustrations, but rather the product of contending forces involving laboratory processes and instruments, graphic design studios, and socio-cultural assumptions. Through her analysis we see how the cultural, economic, political, social, and technological dynamics at work in this context ensure that images of viruses reflect, and respond to, dominant visual tropes and narratives.

Marouf Hasian Jr., Nicholas S. Paliewicz., and Robert W. Gehl’s “Earthquake Controversies, the L’Aquila Trials, and the Argumentative Struggles for both Cultural and Scientific Power” traces the intersection of the various discourses—including volcanology, seismology, public relations, engineering, law, and politics—surrounding the legal proceedings launched against members of the Italian Commissione Nazionale per la Previsione e Prevenzione dei Grandi Rischi in the wake of the 2009 L’Aquila earthquake. The authors contend that the political dynamics at play in this context illustrate the strategizing associated with the framing of aleatory and epistemic risk that, in turn, directly affects of the social status of scientific experts. The rhetoric of science approach these authors advance reminds us of the continued need, and value of, tracing associations between materiality and discourse.

The last two articles focus on the politics of technological agency and its influence on social network sites, algorithms, and algorithmic media. In “Users as Co-Designers of Software-Based Media: The Co-Construction of Internet Relay Chat,” Guillaume Latzko-Toth investigates the history of Internet Relay Chat (IRC), demonstrating how “ordinary users” became co-designers of this platform. His analysis of the socio-political and socio-technical factors at work in this context challenges the propensity of much contemporary hyperbole to equate user agency with intrinsic properties of digital media platforms, highlighting the importance of understanding the design and governance of media platforms. Fenwick McKelvey’s “Algorithmic Media Need Algorithmic Methods: Why Publics Matter” complements this line of argument by juxtaposing differing concepts of publics with public research about the Internet traffic management practices of Internet service providers (ISPs) in North America. He argues that John Dewey’s public theory offers a viable basis for developing new methods and forms of research participation required to understand and effectively respond to the challenges afforded by an algorithmic media environment.

Concern with the micro- and macro-level politics of socio-technical articulations is also evident in each of the four Research in Brief reports. In the first report, “From Patients to Petabytes: Genomic Big Data, Privacy, and Informational Risk,” Julie Frizzo-Barker and Peter A. Chow-White examine how critical and theoretical tools from Communication Studies and STS can be applied to inform public policy issues arising from the increasing propensity to treat the human body as digital code. Clément Mabi examines the participatory procedures organized by France’s Commission Nationale du Débat Public (CNDP) in his report “Comment se construit le « concernement » des publics de la démocratie dialogique? Analyse des débats publics CNDP.” He argues that the ways in which the dispositif of public deliberation problematizes debated objects influences which publics are legitimated. Drawing on an interpretative analysis of the activities of members of a technology support organization in a large state university, Amanda Porter combines performative approaches from STS with organizational communication theory to examine materiality as a process of (dis)organization in “Performance as (Dis)organizing: The Case of Discursive Material Practices in Academic Technologies.” Mathieu Quet’s “Approche(s) communicationnelle(s) des enjeux scientifiques et techniques” completes the collection of reports. It offers a historical overview of conceptual and theoretical intersections between Communication Studies and Science and Technology Studies.

Taken together, the articles and research reports comprising this special issue suggest that Communication Studies and STS become consubstantial with one another in their shared concern with how power in action and in conception influences socio-technical change, and in the mise en oeuvre of Peters’ (1999) assertion that it is a mistake “to think that communications will solve the problems of communication, that better wiring will eliminate the ghosts” (p. 9). While much analytical, empirical, and theoretical work remains to be done, the contributors herein set out necessary abutments for establishing connections and sustaining dialogue across a heterogeneous intellectual domain.